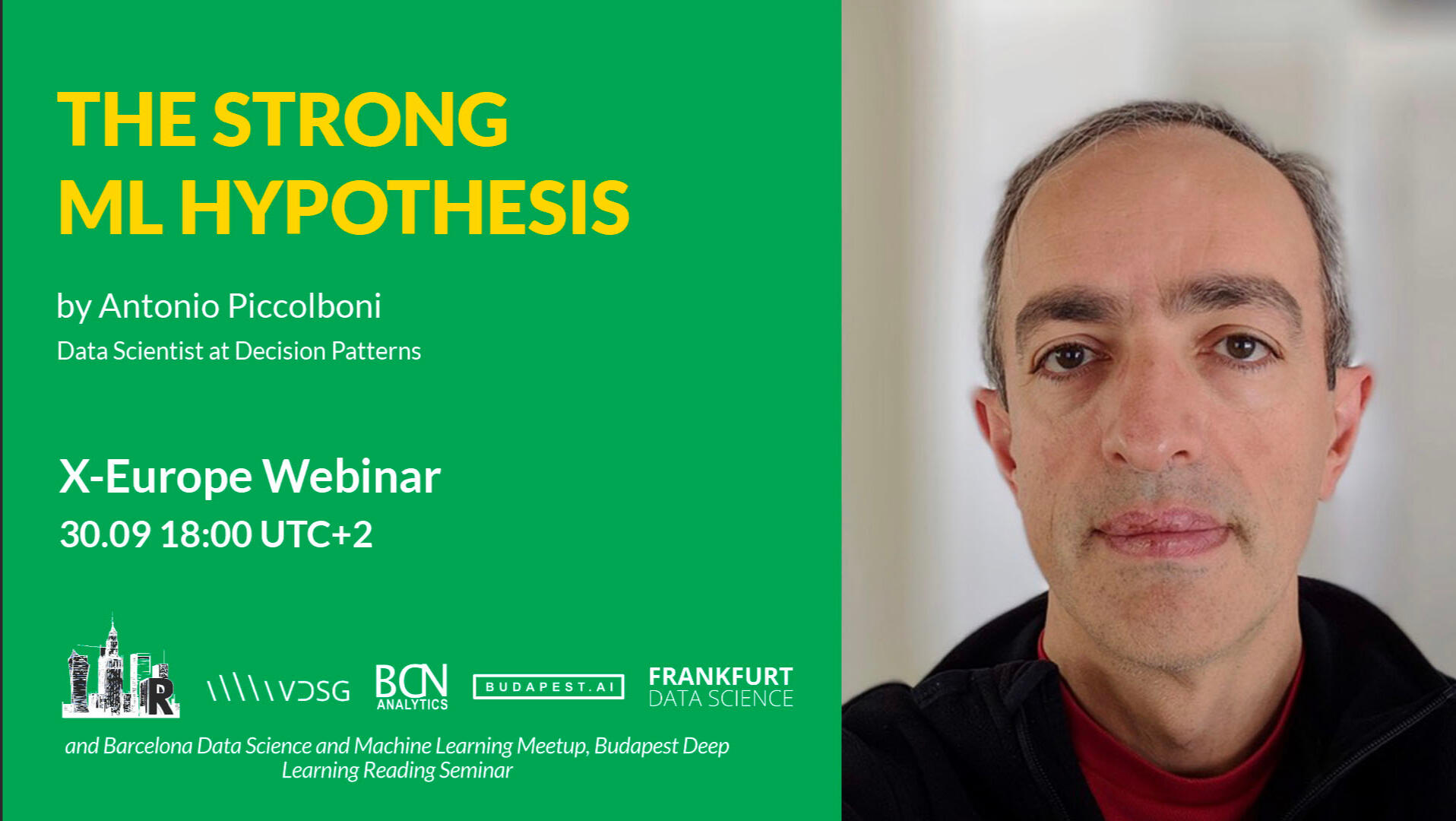 Description
The strong machine learning hypothesis can be roughly stated as: "test set generalization is all that matters" with the corollary that "scaling is all we need". These ideas are propelling much of the recent work and excitement in machine learning. I will list four reasons why the hypothesis is not likely to be true and two why scaling is not promising even if the hypothesis were true.

Speaker
Antonio Piccolboni is a Data Scientist with 30+ years of experience, including a decade in bioinformatics. He started working on neural networks as a student during the second "AI winter" and has been a keen observer and at times a user of the technology ever since. His main claim to fame is the most widely adopted R package for Hadoop, rmr2, which has been downloaded more than 1M times. He recently switched his focus to the climate crisis.